Not Your Best, You Are Not Loved

As I watched the first 30 minutes of this movie, the only thought that kept crossing my mind was summed up like this.

Little do people know, I am a member of the Wendy Williams fan club (I’m the treasurer). Even though this movie seemed doomed from the start, I believe in miracles and thought that Wendy’s producer credit could turn this thing around.

I expected to see a side of Aaliyah’s life that I had never known.

I expected this to be reminiscent of a throwback Wendy interview, all henny, and no coke. Boy was I wrong.

I was impressed with nothing!!!
The dancing, the singing, the acting, the rushed storyline, everything was so off.

A part that stuck out to me was when she decided to let Missy Elliot and Timbaland produce her album.

It never even showed how she met them.

I understand that Lifetime didn’t have cooperation from her loved ones to get much real background on her life but, make something up. Entertain me, dammit!

Also, when did Aaliyah ever perform “Got to Give It Up” by Marvin Gaye?

I must say, as a Wendy fan and not a Lifetime fan, I commend her for trying to save this quickly sinking ship, but do believe that it was a little too late.
Imagine if Wendy never did decide to assist and it was left up to Lifetime alone.

Yes, Lifetime did this so they are capable of worse.

On the bright side they did find a way to incorporate Drake’s little Aaliyah obsessed self into the story as her brother. 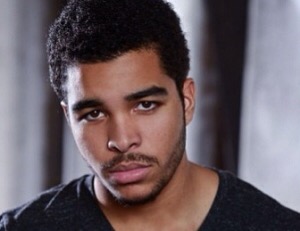 Not Drake, but don’t they favor (he was on Degrassi too)