Light Girls: Is This Still Is A Thing? 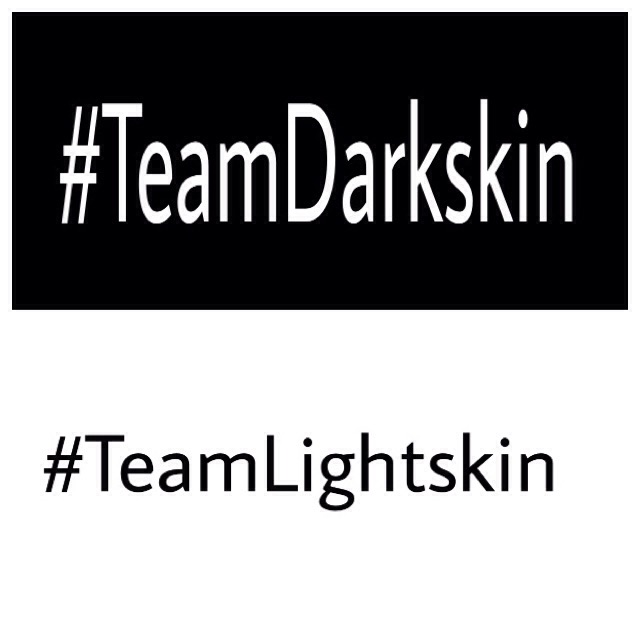 Watching “Light Girls” made me remember ways of thinking that I thought I had forgotten.

When I was young, around 10-12 years old, I was very much color struck.

I will admit that I grew up with a complex that lighter girls were prettier and more desirable, but I can’t for the life of me recollect where I got that idea.

It was never said to me, “Only light skin girls are pretty” and I was never ridiculed for being dark skinned, but I still had this complex.

Watching “Light Girls” made me think that “Hey, maybe you were heavily influenced by the media?”

I thought some more about it and I really don’t think this is the case.

In the media everyone was tall and skinny (in the ’90s), and I always thought petite women like myself were everything.

If I didn’t think the Amazonian waif models were pretty, why was I falling for the hype of the light skin woman?

Next thought– “Well, maybe it’s your family that influenced you?”

I then remembered that based on what I saw men liking, including my father, it really influenced what I thought was attractive.

My mother is light skinned and my father is dark skinned.

People made a big deal about how attractive my grandmother was and she is light skinned.

With these thoughts it equaled that men are attracted to light skin women and voila there was my complex.

Nobody ever made me feel bad about being dark skinned or made me feel that I was less attractive; but from what I saw in my home I thought that light skin girls were winning.

My family never put this in my head and It wasn’t until maybe three years ago when I was in my twenties that I was actually told that color was an issue in my family.

My mother was pregnant with me at the time and my grandmother made a comment about my future skin tone.

Can you imagine the shock?

You’re probably thinking that it was an issue for my mother’s family, with them being the light skinned side (because light skin people are bourgeois, right?) *rolls eyes*.

But surprisingly the only person to make a comment was my father’s mother, who was dark skinned.

My grandmother’s comment to my mother was, “I’m so glad that he finally brought some color into the family.”

My grandmother was implying that it was a chance that I would not be that dark and would bring some light skin into their side of the family.

My grandmother made this comment over 25 years ago and I have never heard of this type of issue in my family since.

No one made a big deal about her comment and nobody brought it up.

Light skin had a completely different connotation in my grandmother’s day and my mother thoroughly understood what it meant.

My grandmother probably even thought she was complimenting my mother.

Though it was no hard feelings back then, I really don’t know if I could count on the same reaction today. It is
25 years later and we expect people to know better but clearly they still do not.

I can only blame my household for the lack of staying power colorism had in my life.

Even though I still had color struck thoughts, I wasn’t raised in a color struck home. My parents didn’t speak any way about dark skin/light skin people so I began to see it as no big deal.

I stand by that if you’re brought up with colorism as an issue in the home it will then remain an issue.

Let it die, we are all black anyway.

4 thoughts on “Light Girls: Is This Still Is A Thing?”